First IR Consultancy was founded in 1988 by Paul Houlihan. He had been involved in significant industrial cases earlier in his career including major reforming disputes in the agriculture sector. Paul was joined in 1990 by Shane Coyne and together they built the practice into a nation-wide trail-blazer in enterprise bargaining and productivity enhancement.

Their success prompted the practice's direct involvement in legislative reform, with a key role in the drafting of the Workplace Relations Act 1996. This legislation lasted a decade and underpinned productivity improvements across the Australian economy during that period.

The business was at the centre of major reforms in the road transport sector and on the waterfront in the 1990s, it developed innovative approaches to labour regulation in rail in the 2000's as well as improvements in primary industry workplace regulation in both the agriculture and horticulture sectors.

More recently it shifted focus to provide a wider range of services including WHS support and HR policy and practice development.

Today, the company continues to innovate for its clients and adapt to the changing workplace relations landscape. It operates Australia-wide with professional staff based in North Sydney. 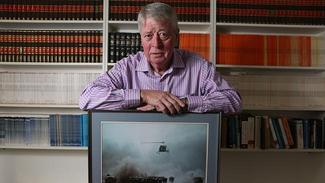